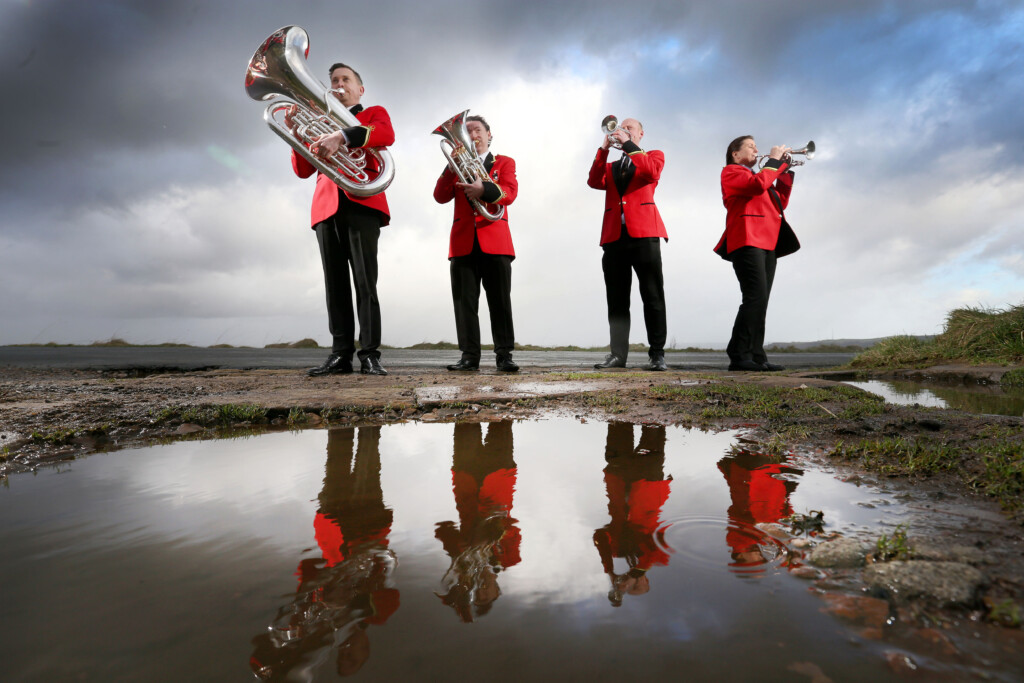 Picture : Lorne Campbell / Guzelian Members of Hade Edge Brass Band, near Holmfirth, West Yorkshire, rehearse for the Butlin's Mineworkers Open Brass Band Festival, being held at Skegness, Lincolnshire, this weekend (Friday 7 January to Monday 10 January 2022). The Festival, of which a contest is part of, was originally held in Blackpool and was open to colliery bands only. Now all brass bands can compete. Hade Edge Brass Band was formed in 1908 and the first financial support it received was from the sale of a goat, which is the emblem on the jackets the band members wear. PICTURE TAKEN ON MONDAY 3 JANUARY 2022 FIRST SENT OUT TO NEWSPAPERS ON TUESDAY 4 JANUARY 2022. 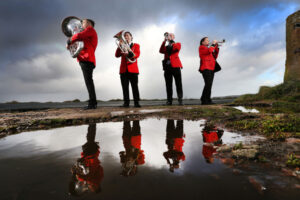 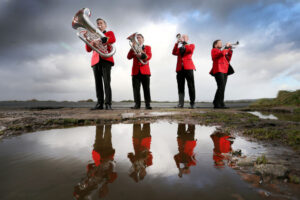 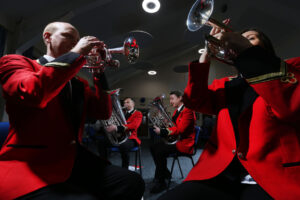 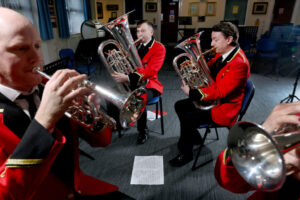 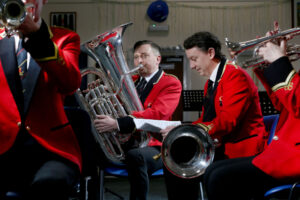 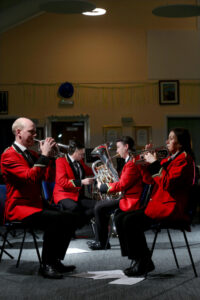 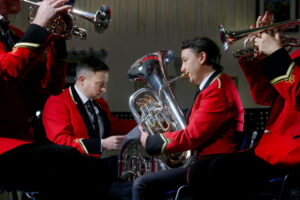 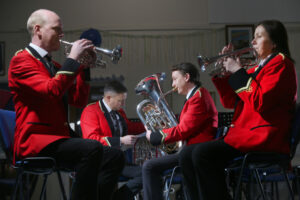